If you travel to Europe, you might notice the difference between the Chinese restaurants there compared to those back in Australia. Chinese restaurants in Europe seem to take a number of different types of Asian cuisine and offer them all up on the same menu. You might find Mongolian lamb sitting on the table next to a Thai curry, served with a side plate of sushi rolls. You might find it curious that a restaurant will serve all these geographically distinctive dishes at the same time. Chinese restaurants in Australia largely limit themselves to dishes that originated in China, and yet even to call it Chinese food is somewhat broad. Most of what we consider to be Chinese food is in fact Cantonese, since the flavours and style of cooking have their roots in the Guangdong province of China. So what is it that makes Cantonese food so delicious? And can you replicate those amazing restaurant dishes at home?

Guangdong was believed to be regularly mispronounced as Canton by European traders in the 1500's, although the region was never officially known as Canton. Guangzhou, the capital city of the region, was a major trading port, which allowed vegetables not common in China to be used in daily cooking, and it was also a point of exit for many Chinese people who then popularised their cuisine around the world, making Cantonese the best known variety of Chinese food. Cantonese food is usually characterised by using fresh cuts of meat paired with vegetables flash fried on a high heat before sauce and other flavourings are added. Sweet and sour pork, beef and black bean, chicken and cashew nuts--these are all Cantonese in origin. Cantonese food can also be slow braised. While essentially any kind of meat can be used, some traditional fares such as snake and cat are not popular outside of China.

If you've ever attempted a stir fry at home, you have already cooked Cantonese food. You might notice that while the end result was suitably delicious, it was different to the dishes on offer at Chinese restaurants. Perhaps the main component of a Cantonese stir fry is the fact that it is cooked on a very high heat. It sounds easy enough but is difficult to replicate at home. Restaurant burners can give heat that is six times higher than anything you will get on your stove top. You can get around this and achieve superior results, but it will still be different to restaurant quality Cantonese cuisine. Chop your meat and vegetables into small pieces while you allow your wok to heat up. A cast iron wok is the best choice since it allows for a more intensive, evenly distributed heat. After five minutes, your wok will have reached optimum temperature. Fry your meat in small batches until it's cooked through. Place it in a bowl, and then cook the vegetables, also in small batches. This allows the heat to remain as high as possible.  Next, return everything to the pan, stir through a sauce of your choosing and serve. You can also add garlic to flash fry before returning the food to the pan, if desired. It's a simple way to cook, although it can be time consuming, but is the closest way to get authentic tasting Cantonese cuisine at home.

Cooking Asian food at home takes a bit of time and effort, but when done properly, the results make it worthwhile. You'll also have a new appreciation for the effort involved when you next order Chinese food at a restaurant like Sun Wah Restaurant & Function Centre. 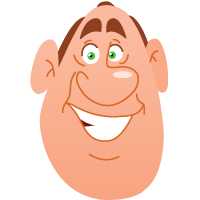 Hello, friends! Welcome to my new cooking blog. My name is Carl Simms and I live in Perth, Australia. For many years, I have been a passionate amateur cook. It all started when my grandma taught me how to bake a cake. I remember the fun I had measuring and mixing the ingredients and the joy of seeing and smelling the finished product when it came out of the oven. I recently decided that I wanted to mix things up a little bit, so I decided to take a cooking lesson from a professional chef. I learnt lots of cool stuff which I would like to share with you.